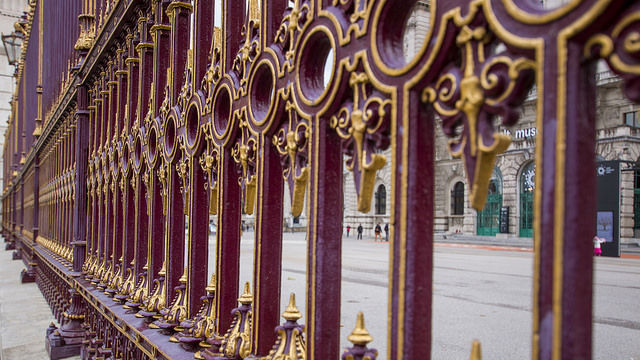 Craps is a suprisingly fair game. I remember calculating the probability of winning craps for the first time in an undergraduate discrete math class: I went back through my calculations several times, certain there was a mistake somewhere. How could it be closer than $\frac{1}{36}$?

(Spoiler Warning If you haven’t calculated these odds for yourself then you may want to do so before reading further. I’m about to spoil it for you rather thoroughly in the name of exploring a more general case. A full solution may also be found, for example, in the book Fifty Challenging Problems in Probability with Solutions.)

It’s so close to fair, in fact, that I actually had to check to see if the inventor had been a mathematician or statistician; and while he seemed like a very colorful character there’s little in his biography to suggest he had any deep knowledge of mathematics.

Concretely, the exact odds are $\frac{244}{495} \approx 49.29\%$: That’s less than 0.71% away from perfectly fair – and of course no casino would ever host a game that was perfectly fair. (Note that this means that the house edge is 1.4%, similar to Blackjack but without requiring the memorization of large tables of optimal moves. Any player who isn’t able to play Blackjack perfectly will probably do better at the craps table.)

To appreciate how remarkable that is, note that fairest (“fairest” meaning the closest to 50% while still strictly less) outcome you can achieve with a single roll of a 1d20 is 45%, or even using two 10-sided die to roll 1d100 you can only get to 49%. And it seems like it should be utterly hopeless with just two six-sided die, because the probabilities of all outcomes are all multiples of $\frac{1}{36} \approx 2.78\%$. There just doesn’t seem like there’s enough granularity to get to $49.29\%$. But with the clever design of the “on point” rule, it seems we can get there with just two ordinary six-sided die.

Its so close to 50% it’s actually a bit of a pain to test empirically: according to G*Power3 you would need to play 54,000 games of craps to be reasonably sure that you are safe to reject the null hypothesis that the true odds were in fact 50⁄50.

We also note that the game appears to have been constructed by a very deliberate choice of numbers: 2, 3, 7, 11, and 12. We can imagine de Marigny sitting in front of a 19th century fireplace, drinking brandy and rolling dice, taking notes, occasionally scratching out a 4 and replacing it with a 3, little by little adjusting his rules to try and find the perfect game.

And above all – is it possible to do better? To put it another way: could we choose different numbers such that the probability of winning our variant is greater than $\frac{244}{ 495}$ while still being strictly less than $\frac{1}{2}$?

Let’s start by laying out the original rules of craps.

In the game of craps a “roll” is always the sum of two random six-sided die. The individual dice results never matter: for example, 2,3 always leads to the same as outcome as 1,4 because they both sum to 5.

A game of craps has two phases: A “come out” phase for the first dice roll, and an “on point” phase for all subsequent rolls. In the “come out” phase, if the player rolls a 7 or an 11, he or she immediately wins; this called a “natural.” If the player rolls a 2, a 3, or 12, he or she immediately loses; this is called a “craps.” For any other roll, the first dice roll becomes the “point”. The point number is fixed by that first “come out” roll and remains the same until the end of the game. The player then repeatedly rolls until one of two things happen: either they roll the “point” and win, or they roll a 7 and lose; this is called “seven-out”.

Now that we have a good understanding of the rules, let’s try to generalize the game. A full generalization would not have any specific magic numbers hard-coded in, but would instead treat all numbers used in the rules as parameters.

It’s also clear there are some natural constraints. We cannot assign a number to be both a natural and a craps. There should be at least one natural and at least one craps – part of the excitement of the game is that it is possible to win or lose on every roll. With some careful thought it can also be seen that the “out” must be the same as one of the naturals or the craps – if this were not the case it would be possible to enter the “come out” phase with your “point” the same as the “out” which would be fatally ambiguous. And finally, if every possible roll resulted in either a “natural” or a “craps” then it wouldn’t be possible to enter the “on point” phase – and really wouldn’t be very craps like.

Therefore a game is “craps-like” and may be called a “craps-variant” if it is defined by a partition of the integers from 2 to 12 into three non-empty sets: $N$, $C$, and $P$, plus a single parameter $o \in N \cup C$. With this parameterization, every craps-variant has the same rules.

Let $\mathcal{D}(s)$ be the uniform distribution over the set of integers from 1 to $s$. Let $(r_i)$ be an infinite sequence of i.i.d. random variables where $r_i \sim \mathcal{D}(6) + \mathcal{D}(6)$. Then we define the game of craps and all its variants as the parameterized family of functions:

The function $\text{onpoint}()$ is defined recursively as:

These formalisms make it clear that partitioning the numbers 2-12 into three non-empty sets is at the heart of the combinatorics of craps variants. We’ll need a way to count and generate such partitions if we want to search the space of all possible craps-variants. The functional definition of the craps game will simply serve as a guide to the Python implementation, which will perhaps be much easier to read.

To compute probabilities exactly we will use the fractions package to precisely represent rational numbers.

We can also precompute p.m.f. of $\mathcal{D}(6) + \mathcal{D}(6)$ and represent the map of outcomes to probabilities as a Python dict:

The support of a random variable is the set for which it has non-zero probability; in other words, all possible outcomes. It is convenient to have this as separate variable since we we will need to refer to it several times.

Next we will define a class which represents a single craps variant. The parameters will be instance members and the function p_win() will calculate the exact probability $P(\text{craps}(;N,S,o) = \text{win})$. (In general the prefix p_ will denote “probability of”.) Note this is not a Monte Carlo simulation or an approximation: using Fraction() and summing over the finite support gives us exact probabilities.

What’s important here are the methods p_win(), p_come_out(), and p_when_on_point() which closely correspond our mathematically definitions and in fact correspond to calculating the various conditional probabilities of each phase. Note that even though the game itself can go on forever and the we defined our game mathematically using infinite recursion, the expectation value calculated in p_come_out() does not require infinite recursion, or any recursion at all. We need only take the ratio of the probability of the point and the probability of rolling the out.

With our class defined, we can test it by feeding it the original parameters and verifying that it returns $\frac{244}{495}$.

Which is what we expect.

We next turn our attention to generating all possible variants. This is a two step process: generate all 3-partitions of $[2,12]$ to obtain $C$, $N$, and $P$, and then pick our “out” from the set $C \cup N$. Note that the members of a partition are non-empty by definition so there will always be at least one craps, one natural, and one number which will advance us into the “on point phase.”

We are going to be generating a lot of partitions so it behooves us to have a reasonable performant implementation. Knuth’s algorithm u is very fast and memory efficient but very far outside the scope of this article; so for now just note that its a generator expression yielding lists of lists to represent partitions and that it yields every valid partition exactly once before stopping.

We wrap the partition generator in one extra layer to pick the “out”:

The first question that comes to mind is “How many craps variations are there?”

Just shy of a quarter million. Note that while all of these games are unique under our definition, they exhibit several kinds of symmetry. For example, if two games are the same except one has an out of 5 and the other an out of 9, they will always have the exact same probability winning the whole game because 5 and 9 have the same probability. And there are many cases where we could exchange say a 3 in the naturals with an 11 in the craps set and once again get a game with the exact same probability of winning. So in some sense our quarter million is overcounting. However these symmetries are quite complex so we will leave that for some future article.

In any case, a quarter million is no obstacle to explicit enumeration. If you would like to see the full list, here it is in compressed format. And of course you could always generate them for yourself in a few minutes from the notebook code.

To answer the original question posed, we need to rank these games according to the rule “closest to 50% while still strictly less.” In Python we use the decorate-sort-undecorate idiom.

OK, wow, I wasn’t expecting that. We’re seeing lots of variations that are beating the original game by a wide margin. So the existence question is settled - there absolutely do exist craps variants which are much closer to fair than the original.

In fact we note that the top 12 games all achieved the same remarkable score of 49.99%. This relates back to the symmetries I mentioned earlier: in general, craps-variants will belong to an equivalence class of similar games reachable through swaps and reflections about 7 and all games in an equivalence class will have the same probability of winning. But more on that in a future article.

The next obvious question is how many craps variants are more fair than the original game?

So of all possible craps variants, only 1.6% are better than the original. So in this sense the original game is exceptionally fair - if I picked a variant at random, then 98.4% is would be as fair or less fair then the original.

Beware of bugs in the above code; I have only proved it correct, not tried it.

The above code was careful to calculate exact probabilities. This was much faster and more accurate than a Monte Carlo simulation; indeed it would have been exorbitant to run a simulation for a quarter million variants and multiple hypothesis testing would have made it very difficult to search for extreme variants such as the “fairest” variant. However, it’s always nice to see empirical results that confirm our theoretical calculations and in this case the simulation code itself is obvious and straight-forward:

Now we can simply play the game 100 million times to confirm our results. (To get 4 significant figures, we need an error term on the order of $10^{-4}$ but the error terms deceases with the square root of the number of trials so we need about $10^8$ trials to get 4 sig figs.)

Craps is quite a fair game compared to other common casino games and even compared to 98% of possible craps variants. Nevertheless, my conjecture that craps had been explicitly designed as a maximally fair game was thoroughly disproved when we were able to construct thousands of variants that were all fairer than the original. Some of these were much fairer than the original, deviating from perfectly fair by less than one game in 10,000. While this does take some of the shine off the original game, I am even more impressed with the power of the craps rule set to generate hyper-granular probabilities with only two die.